The Witcher Review: Netflix’s Game of Thrones Has More Magic and Beasts, but Less Oomph

With Game of Thrones bowing out earlier this year, the time is ripe for emerging big-budgeted contenders to battle it out for the top spot in the world of TV. And there’s no shortage of interested parties. HBO is developing multiple Thrones spin-offs and has ordered one to series: House of the Dragon. Amazon will reportedly spend a billion dollars on a prequel to The Lord of the Rings. And Apple has already forked over a third of that on the critically-panned See. As the world’s biggest streaming service, Netflix is arguably better positioned than most to capitalise on this opportunity. And like Game of Thrones, its new offering — starring Superman actor Henry Cavill — is based on a novel series, except this one (thankfully) wrapped up its tale two decades ago.

The Witcher — as it’s called — is based on Polish author Andrzej Sapkowski’s eight-book fantasy saga of the same name, which is better known for the critically and commercially-successful video game series from Polish developer CD Projekt Red. The Netflix series — from Lauren Schmidt Hissrich, a writer on The Defenders, and Daredevil — is much more faithful to the books than the games, though it does transport its characters to the English-speaking world, with the actors trading on a mix of accents from across Great Britain. That’s likely been done to serve its commercial interests, but it does somewhat erase The Witcher’s roots, given Sapkowski was inspired in large parts by Slavic mythology. For what it’s worth, the author is credited as a creative consultant on the show.

Being faithful to the books comes with its own problems as well. The first eight-episode season of The Witcher — available now on Netflix — is largely based on the first two books, 1993’s The Last Wish and 1992’s Sword of Destiny, chronologically speaking. Both novels are made up of a series of non-linear short stories — because no one would have published an unknown Sapkowski — which results in partly episodic tales on The Witcher, at least for the first five episodes that critics had access to. Sure, they are crucial to world-building and in introducing characters that will be important later, but the individual stories don’t always add to what came before and aren’t woven together at times. The Witcher doesn’t feel cohesive, as it ought to be.

We can’t get into that more because Netflix has forbidden critics from touching upon a lot of things, even though much of it is straight from the books that are over twenty years old. Here’s what we can mention. The Witcher opens by introducing Geralt of Rivia (Cavill), one of the last of his mutant kind and the titular monster hunter. Early on, Geralt wanders into a town called Blaviken, where he meets the wizard Stregobor (Lars Mikkelsen) and former princess Renfri (Emma Appleton), who are at each other’s throats over a prophecy. Elsewhere in the kingdom of Cintra, the rule of Queen Calanthe (Jodhi May) and King Eist (Björn Hlynur Haraldsson) is being threatened by the warring kingdom Nilfgaard, which has dispatched a sizeable army to capture Princess Ciri (Freya Allan).

Don’t ask us why because Netflix won’t let us talk about Ciri, though we can say that with her life under threat, Calanthe tells her granddaughter to leave Cintra and find Geralt. Future episodes bring in other members of The Witcher ensemble, including the sorceress Yennefer of Vengerberg (Anya Chalotra), a hunchback woman with a deformed face and capable of magic; the rector and Yennefer’s mentor Tissaia de Vries (MyAnna Buring); the bard Jaskier (Joey Batey), a self-confessed exposition machine who accompanies Geralt to sing songs about him despite the witcher’s wishes; and the sorceress Triss Merigold (Anna Shaffer), whom book and game fans will know much better. Of everyone on screen, Yennefer has the most interesting story, in the beginning at least.

Though the episodic tales of The Witcher aren’t narratively linked, they do trade on one commonality: perspective. Time and time again, the Netflix series hints at the dangers of acting on selective facts, essentially saying that one version of the events never presents a full picture of the reality. A woman’s evil actions are blamed on her birth, but they turn out to be the by-product of a revenge. A member of royalty thinks her ancestors are good people, but she later discovers the citizens hated the rulers. A monster Geralt is paid to kill turns out to be helping the marginalised section of society, while another is a human who has been cursed by a former lover. In the world of The Witcher, as in the real world, all truths are but half-truths. 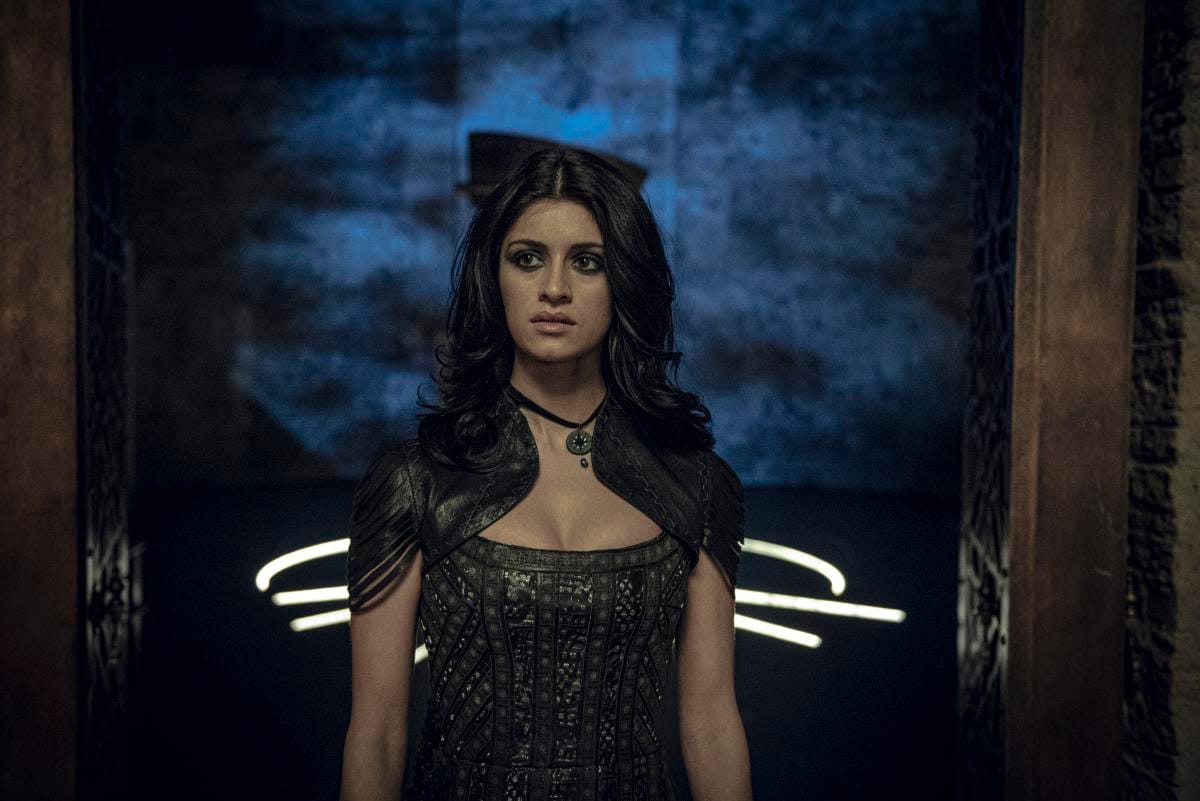 Cavill sought out the role of Geralt from the beginning and it shows, given how he perfectly embodies the witcher who doesn’t talk much and communicates in a series of “hm”-styled grunts. Powered by a relatable backstory, Chalotra draws you into Yennefer before effortlessly switching gears into her more-radiant personality. Of the central trio — as readers and players would know — Allan’s Ciri gets the least to do on-screen. Among the others, May is a delight as the outspoken Calanthe, and Batey’s comic relief bard helps liven up an otherwise self-serious show. Where The Witcher falters is in choosing to kill characters before audiences have been able to develop any emotional connect, or putting Geralt in mortal danger, which rings hollow as the series is named after him.

This isn’t Netflix’s first attempt to have its own Game of Thrones, having poured hundreds of millions on several historical fantasy series before, including the big failure Marco Polo. (In fact, director Alik Sakharov has worked on all three shows.) The Witcher has plenty to offer on both fronts, involving spellcasting, genies, or supernatural beasts, and dealing with colonisation, xenophobia, infertility, or superstition. Additionally, it boasts a bona fide Hollywood star. It’s easily Netflix’s most coherent attempt at a Thrones, one that’s similarly based on a property with an existing fanbase. But it doesn’t have the requisite depth and takes too long to get going. And on the evidence of the first five hours, The Witcher isn’t poised to be the kind of show that becomes an event into itself.

Nonetheless, Netflix has already ordered a second season — though it won’t arrive until 2021 — before waiting to see how audiences receive the first. Hopefully, The Witcher can figure out what it wants to be in the interim, lest it turn into an expensive also-ran.

The Witcher is now streaming on Netflix in India in English and Hindi.

Previous Facebook acquires a cloud gaming startup – TechCrunch
Next Top gadgets for the security and privacy conscious (or the super paranoid!)

Vir Das Is Afraid of Not Having It

With The Forgotten Army — the new five-part Amazon Prime Video miniseries that follows the ...